Protesting Obama at Notre Dame in 2009 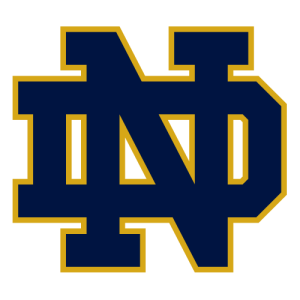 I’m not at all sure why so many of my social media friends are offended or upset about graduation protests this year.  I did everything I could (including adding a line or two to the main protest speech) when Father Miscamble organized an alternative commencement when Barack Obama spoke at Notre Dame.

When I graduated from the University of Notre Dame with my B.A. in 1990, I was furious that Bill Cosby was our speaker. I wish I had had the guts then to walk out.

Regardless, here was my report from the 2009 protest.  Enjoy.

Early Sunday morning, my oldest daughter (age 8) and I drove to Notre Dame to attend the outdoor protest mass and rally on the South Quad of the campus.  Twenty-eight years ago to the day, I had watched Ronald Reagan deliver his famous “West will transcend communism” speech to the class of 1981.  Nineteenth years ago, this month, I attended my own graduation ceremonies under the Golden Dome.

Not only was yesterday’s experience quite different from my earlier ND experiences, but it was also quite different from how the New York Times reported the day.  We witnessed no radicals, no arrests, and no graphic pictures of aborted fetuses on our part of the campus.  Much to our surprise, a massive screen greeted us, booming professional pro-Catholic commercials, accompanied by a throbbing beat and deep-voiced narrator.  Everywhere we saw concerned and respectful families, children, students.  We saw many who understand the importance of Notre Dame for the future of American Catholicism, education, and culture.

With readings from St. John, the outdoor mass set the tone for the protest.  Indeed, the “protestors” were nothing short of respectful.  Confused about where to take communion, I asked the women ahead of me for directions.  She whispered, reverently, “My gosh, that’s Father Corapi, he’s famous.”

Less than a minute before the rally began, Air Force One flew directly over the Golden Dome.  The vast majority of the nearly 1,000 (the New York Times incorrectly reported it as “a subdued crowd of perhaps a few hundred”) who had just attended mass on the same spot, looked up in silence as the impressive jet descended.  One man yelled, “Obama, go home.”  But, only one man, from what I could tell.  The rest of us simply looked back to the stage as Mary Daly, the articulate president of Notre Dame Right to Life, began to emcee.

Daly introduced Notre Dame’s incomparable Father Wilson Miscamble, a Holy Cross priest and professional historian.  He delivered a fiery oration, chastising the administration for its hypocrisy.  It has promised to teach the students to pursue truth, but this “rhetoric seems to ring rather hollow,” he noted.  “The words have not been matched by deeds.”  Quoting Bishop John D’Arcy, Miscamble charged Notre Dame with choosing “prestige over truth. . . . temporary truth over eternal honor.”  The crowd justly recognized Miscamble with three standing ovations.

After Miscamble’s talk, Bishop D’Arcy unexpectedly arrived.  “Just as I would wish not to bat after Babe Ruth,” he said, “I do not wish to speak after Father Bill.”  The night before, while visiting Notre Dame’s grotto, the sight of some students praying the rosary moved D’Arcy to return on Sunday.  “I knew the place of the bishop was here,” he noted.  He concluded by praising the students for protesting with “love, prayer, dignity, respect, and firmness.”

A number of others spoke.  Chris Godfrey, a former starting offensive guard for the New York Giants and a lawyer, defended Natural Law and transcendent truth.  Jon Buttaci, president of ND’s Orestes Brownson Council, a group of self-described “Catholic Nerds,” honored Mary Ann Glendon.  Lacy Dodd, a 1999 graduate and former Army captain, offered an emotional account of her decision not to abort her out-of-wedlock child while a senior at the college, despite immense pressure to do so.  Her 9 year-old daughter, Mary, stood with her.  “Women deserve better than abortion,” she said.

Without exception, my daughter and I saw and heard nothing but words and actions of love.  Neither the out-of-control nuts nor the subdued here.  Instead, we stood only with those passionately concerned about those who claim to lead us.

← The Primary Fact of the 20th Century: Murder by Government
University Bookman News →