The Primary Fact of the 20th Century: Murder by Government 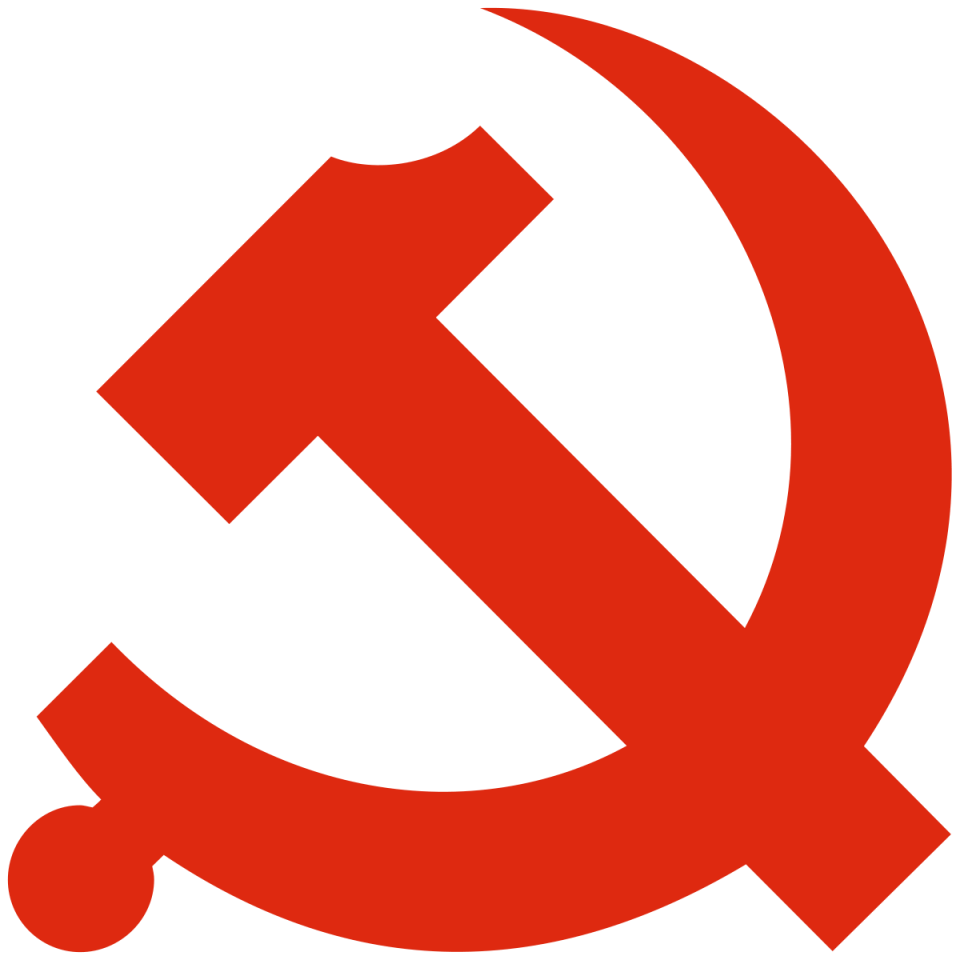 “Arrest!  Need it be said that it is a breaking point in your life, a bolt of lightning which has scored a direct hit on you?  That is it an inassimilable spiritual earthquake not every person can cope with, as a result of which people often slip into insanity?,” Solzhenitsyn asks in volume one of the Gulag Archipelago.  “The universe has as many different centers as there are living beings in it.  Each of us is a center of the Universe, and that Universe is shattered when they hiss at you: ‘You are under arrest.’”[1]  Arrest could many anything in the terror regimes of the twentieth century: interrogation, torture, loss of employment, deportation, forced labor, or execution.  Worse, it could mean the death of a friend or family member, supposedly corrupted by the infection of the “thought crimes” of the one arrested.  Arrest could mean anything.

The twentieth century witnessed the shattering of innumerable individual universes as the very real infection of the ideologues and their ideological regimes spread throughout the developed and developing world.  It began in earnest and unabated with the assassination of a central European archduke and the consequent destruction of the Old World in 1914.  But, in truth, the forces that would imprison much of the world’s population from 1917 to 1991 (but continues, to be sure, through the present), have their origins with the French disciples of Jean Jacques Rousseau and their assault on a Parisian prison in the summer of 1789.  Dawson explained its significance:

The history of the nineteenth century developed under the shadow of the French Revolution and the national liberal revolutions that followed it.  A century of political, economic and social revolution, a century of world discovery, world conquest and world exploitation, it was also the great age of capitalism; and yet saw too the rise of socialism and communism and their attack upon the foundation of capitalism society. . . . When the century began, Jefferson was president of the United States, and George III was still King of England.  When it ended Lenin already was planning the Russian Revolution.[2]

More than any other event in world history to that point, the leaders of the French Revolution murdered history, virtue, and tradition.   Indeed, the Anglo-Irish statesman, Edmund Burke, called the introduction of the French revolutionary spirit the “most astonishing [thing] that has hitherto happened in the world.”[3]  Other scholars saw it as well.  “A confederacy of evil, marshalling its hosts from all parts of the world, organizing itself, taking its measures, enclosing the Church of Christ as in a net, and preparing the way for a general Apostacy from it,” John Henry Newman feared in 1838.[4]

The French Revolutionaries, smug in their arrogant and malicious instincts, introduced the disease of ideology into the world, a disease that has yet to be contained.  “Out of the tomb of the murdered Monarchy in France, has arisen a vast, tremendous, unformed spectre, in a far more terrific guise than any which ever yet overpowered the imagination and subdued the fortitude of man,” Burke concluded in the last year of his life.[5]  Rejecting the laws of nature as mere constructed impositions to shackle pure reason, Burke argued, the French Revolution instigated much havoc:  “Laws overturned; tribunals subverted; industry without vigour; commerce expiring; the revenue unpaid, yet the people impoverished; a church pillaged, and a state not relieved; civil and military anarchy made the constitution of the kingdom; every thing human and divine sacrificed to the idol of the public credit, and national bankruptcy the consequence.”[6]

The French Revolutionaries attempted to overturn and remake all of society in their image (or images, more accurately).  First, the revolutionaries, inspired by the vision of Jean-Jacques Rousseau, attempted to abolish all institutions of subsidiarity, institutions such as family, school, and church that make life worth living.  As early as the fall of 1789, the revolutionaries emphasized this in the Declaration of the Rights of Man.  Article Three states: “The principle of all sovereignty resides essentially in the nation.  No body nor individual may exercise any authority which does not proceed directly from the nation.”

Their most vehement attacks on institutions of subsidiarity were against the Roman Catholic Church, then seen as an ally to the hated French monarchy and aristocracy.  Priests and other religious were beaten, tortured, raped, and exiled.  Church property was confiscated, and a prostitute was put on the altar at Notre Dame Cathedral and declared a goddess.  One apostate abbot desired to distribute the bodily remains of “reactionaries” as a “Republican Eucharist.”[7]

Those who opposed the new revolutionary regimes (for they came and went based on who momentarily had the most might to rule) would pay with their lives.  True to Burke’s prediction, at least twenty-five thousand forfeited their lives to the insatiable hunger of the guillotine between 1791 and 1794.  Indeed, the revolutionaries were so blood thirsty, they tended to turn on each other.  As Kirk has argued, revolutionaries tend to eat their own children.[8]  The worst modern case of this would be in Cambodia under the Khmer Rouge, 1975-1978, which almost collapsed due to so much internal bloodletting.  Tellingly, many of the Khmer Rouge leadership, known as Ankor (The Organization), had studied under the French Communist existentialist philosopher, Jean Paul Sartre.

Inspired by the excesses of the French Revolutionaries, the twentieth-century ideologues began their assault on the modern world with the destruction wrought by the first world war, and the consequences have been terrifying.[9]  One scholar put it bluntly: “the French Revolution was the overture to the “Age of the G,” of guillotines, gaols, gallows, the Gestapo, gas chambers, and gulags.  The guillotine marks the first step toward a mechanical-technological mass extermination, toward genocide.”[10]  In regime after regime in the twentieth-century, ideologues repeated and multiplied the tragedies of the French Revolution: the Soviet Union and Mexico in 1917 (where the governor of Tabasco renamed his children, “Lenin, Lucifer, and Satan”)[11], Italy in the 1920s, Germany, Austria, Portugal, and Poland in the 1930s, the rest of eastern Europe in the final year of World War II, China and Korea the late 1940s, Vietnam and Cambodia by 1975, and numerous others in Asia, Africa, and Latin America.  Traditional understandings of character and virtue resulted in arrest, torture, the gulag, the firing squad, or the gas chamber.  Throughout four of the seven continents, the killings fields could be found everywhere in the twentieth century.  Indeed, of the seven continents, only North America (excluding Mexico), Australia, and Antarctica remained safe, the latter being the safest!

In terms of the loss of human life, the world has never seen anything like the consequences of this ideological takeover.  “As some departed beneath the sod,” Solzhenitsyn wrote, “the machine kept bringing the replacements.”[12]  Indeed, the ideological regimes incessantly demanded the blood sacrifices from the very beginning.  Sound estimates are that ideological regimes—communist, national socialist, fascist, and all others—murdered almost 200 million of their own men, women, and children in the twentieth century.[13]  This figure does not include those killed during the various wars of the same century.  In sum, roughly an additional 38.5 million were killed in warfare between 1901 and 1987.[14]  Communist China murdered the greatest number, estimates running as high as 65 million.  The Soviet Union, at least up through 1987, slaughtered only three million less, Stalin claiming at last 41 million of those.  Hitler, who will always be remembered for the holocaust of between five and six million Jews, also ended the lives of an additional fifteen million persons, most of them Catholic, Lutheran, and Eastern Orthodox, the most famous being St. Maximilian Kolbe, a Roman Catholic priest who traded his life for a Jewish father and husband at Auschwitz.  The ideologues destroyed each of these person through the holocaust camps, the forced labor of Gulags, forced famines, in the interrogation chambers, and lined up in fields and across bridges, machine guns ripping into their flesh, releasing their souls into eternity.  Numerous other ideological regimes—in Nationalist China, Japan, Turkey, Pakistan, Yugoslavia, North Korea, Mexico, and Indonesia—murdered millions as well.

The numbers and devastation are so immense, they render us numb, as our imaginations prevent us from considering such overwhelming human slaughter.  Historical demographer R.J. Rummel attempted to put the numbers in perspective.  “If one were to sit at a table and have this many people come in one door, walk at three miles per hour across the room with three feet between them,” he wrote, “and exit an opposite door, it would take over five years and nine months for them all to pass, twenty-four hours a day, 365 days a year.”[15]  During the twentieth century, then, if we exclude those killed during warfare, ideological states murdered roughly two million a year; 166,667 a month; 5,555 a day; 231 an hour; or 4 per minute.  Such was the demand of blood to fuel the machine of the terror regimes.  A very recent study argues that of all the martyrs during the two-thousand year history of Christianity, 65% of them were killed during the twentieth-century.[16]

2 Comments on “The Primary Fact of the 20th Century: Murder by Government”