My Series on the First Principles of Edmund Burke 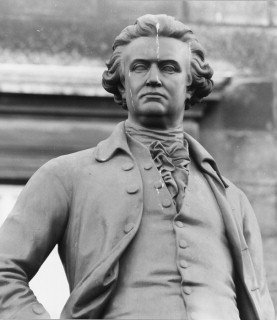 The Imaginative Conservative has graciously allowed me to explore the writings of Edmund Burke in a long series, going back to the first principles of conservatism.

“After Burke defined and defended his “love of a manly, moral, regulated liberty” in Reflections on the Revolution in France, he turned to other matters, some of which demand exacting attention. He warned against the manifestation of flattery as unbecoming to a people or a king, and he further noted that when men act “in bodies,” they generally serve power rather than liberty. The average Englishman, Burke continued, who believes in his neighborhood, his garden, and his hearth, wants to see the good in the equivalent person in France, but, because of radically different circumstances, history, and cultural mores, he cannot see it. For the French have not only done something the English cannot understand, but, truly, something the Western world cannot understand. The English desire to see the good in others has created a confusion that might grow into something with which the people of the West might use to “wage war with Heaven itself.””

Here is part II, Burke and the duties of each generation.