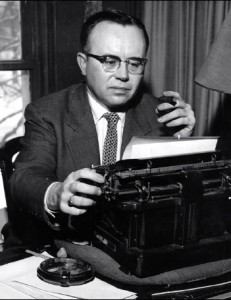 I’m so honored that The Imaginative Conservative thinks so well of RUSSELL KIRK: AMERICAN CONSERVATIVE.  Thank you proudly to Winston, Steve, and Co.

The Imaginative Conservative‘s co-founder and editor-at-large, Bradley J. Birzer, has received another award for his outstanding, new biography of seminal conservative thinker, Russell Kirk. Following on the heels of The Imaginative Conservative‘s own 2015 Book of the Year Award, the Intercollegiate Studies Institute (ISI) has announced that Dr. Birzer has won the 2016 Henry and Anne Paolucci Book Award for Russell Kirk: American Conservative. According to ISI, “a distinguished panel of judges chose this masterful biography from among five impressive finalists. The Paolucci Book Award is an annual honor recognizing the best book that advances conservative principles. The award is named in memory of Henry and Anne Paolucci, distinguished scholars, teachers, and writers who exemplified the ideal of the public intellectual.”

Posted on September 2, 2016 by bradbirzer