Calling All Literary Agents: A Book on Batman! 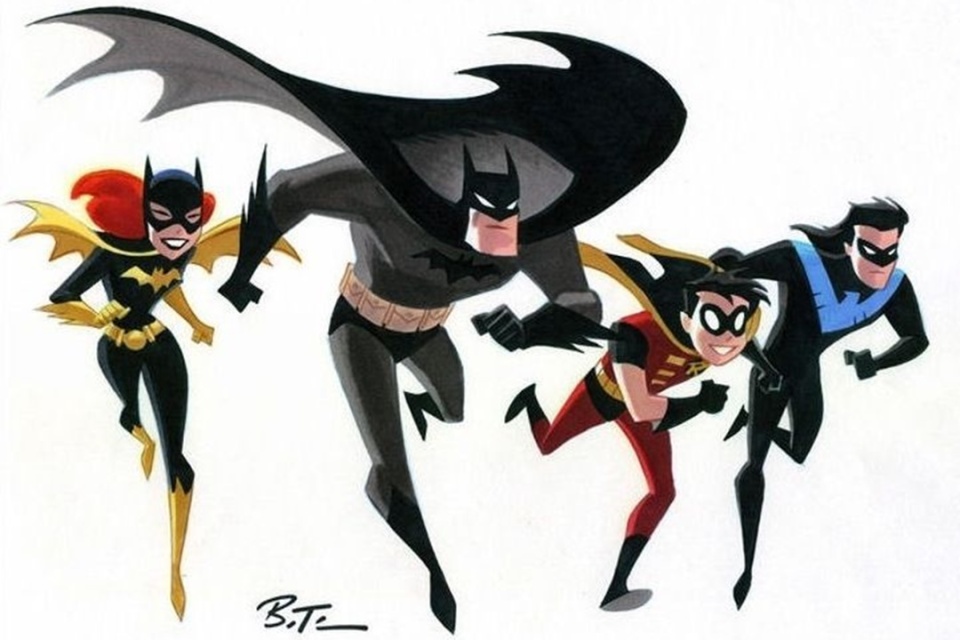 Batman: America’s Darkest Knight will be an intelligent and lively but not academic book on the history and life of Bruce Wayne, Batman, 1939 to the present.  Examining the manifestation of the Batman in every form of media—from comics to graphic novels to proper novels to television shows and motion pictures to video games—Batman: America’s Darkest Knight considers every aspect of the superhero, tying him not only to American culture but also to western mythology.  The book will engage the reader by re-telling the history of the world over the last 80 years through the very American but tortured soul of Bruce Wayne.

Batman: America’s Darkest Knight will also connect Batman to American literature and, especially, to the pulp culture of the 1930s and 40s.

Everything dealing with Batman, including the personal correspondence and letters of his various creators and writers over the years.  Interviews, etc.

Though he’s as American as Natty Bumppo or Huck Finn, Batman could never have come into being in the wilds of the Catskills or on the seemingly unending Mississippi.  Only the nightmarish and shadowed scapes of post-nineteenth century urban America could allow a Batman to become the darkest and yet most heroic of American literary characters over such a long and continuous period of time.  Well after Cooper’s frontier novels have been relegated to the dustbins of used bookstores and Huck Finn is only taught in high schools that fail to heed the political correctness of the moment, the character of Batman will still speak to all of us.  For all intents and purposes, his city, Gotham, is every American city.  I write all of this not so much with glee as much as I do with simple certainty.  The early American frontier of Cooper’s day will never return and neither will the social concerns that animated Twain.  America, however, will continue to urbanize and grow up, ever higher, rather than out.  As such, Batman will continue to speak to us in a variety of voices, but also, paradoxically, in the one voice.  He has become, arguably, the single most important symbol of a post-frontier and post-rural America.

And, yet, like the complex and nuanced heroes of Cooper’s and Twain’s imaginations, Batman is much more than a mere man.  He is a symbol, a legend, and a myth.  As such, nearly innumerable elements come together to make up his character.  He is aristocrat, vigilante, policeman, holy avenger, social worker, detective, spy, and vampire hunter.  Even from his earliest origins, he was equally St. Michael, King Leonidas, Judah Maccabees, Aeneas, King Arthur, Leonardo DiVinci, Thomas Jefferson, C. Auguste Dupin, Abraham Van Helsing, Sherlock Holmes, Zorro, The Phantom, Doc Savage, Douglas Fairbanks, and The Shadow.  He is the Archangel Raphael as well as the famed but mysterious cowboy Shane, the aristocrat who properly protects and serves the poor and abused.

Since Bob Kane and Bill Fingers first created him in early 1939, Batman’s popularity has grown steadily, if not always spectacularly.  During the so-called Golden Age of comics, the 1930s and 1940s, Batman used a gun, avenged crimes, and defeated monsters.  True, as his publishers could not decide if Batman scared children too much, they added a colorful and young character, Robin, to accompany him.  Though of equally tragic origins, Robin (Richard “Dick” Grayson) brought a character with which a younger audience could identify.  Still, the Dark Knight remained rather dark, even if accompanied by a colorful sidekick who might very well invoke the cultural memory of Robin Hood.  In the era of the Silver Age (early 1950s through 1970 or so), Batman became an ironic and comic figure, a clown, battling bizarre extraterrestrials and yelling things such as “Old Chum.”  A very popular counter-culture T.V. Series, Batman, ruled the airwaves from 1966 to 1968, defining a campy caped crusader for an entire generation.  Over-the-top action as well as overly dramatic colors, sets, and sound effects turned Batman into a buffoon, but, ironically, also into a tangible revolutionary comment on the traditions of the normal, conformist American middle-class life prior to the radical cultural revolutions of that decade.  Beginning in 1969, writers for DC Comics brought the golden age Batman—the darkest of America’s knights—back, ushering in what is remembered as the “Bronze” age of comics, lasting until the mid-1980s.

In the middle of the decade of Reagan, Blade Runner, and Rush, writers such as Alan Moore and Frank Miller produced a new medium for the comic heroes and anti-heroes of the previous four decades, the graphic novel, a thing that is neither novel nor comic, but a third thing altogether.  Batman, not surprisingly, fit the format well, once again becoming even darker than before, embodying not just American aristocracy at its best, but also embracing a counter-ideological ethos, defending the weak and the innocent from the corruption and abuse of the elites.  Tellingly, Miller even named his first great graphic novel, The Dark Knight Returns, featuring a wizened and bitter Bruce Wayne, reclaiming the mantle of the Bat to combat psychologically-deranged predators as well corrupt police forces and a corrupt U.S. Government now protected by an unthinking neoconservative warmonger, Superman.  Writer and artist Mark Voger has properly labeled this fourth age of comics, “The Dark Age.”[1]

Since first appearing in 1939 in comics, Batman has remained not only a mainstay of the comic book world, but he has also done well in novels, comic strips, television shows (animated as well as live action), movies (again, animated as well as live action), and video games.  Action figures of Batman and his many companions and foes, as well as toys of the Batcave and of the numerous Batmobiles and Bat-vehicles have sold consistently well for the past quarter of a century well.  When I recently asked a class of upperclassmen—all excellent and, in terms of intelligence, quite extraordinary—a series of questions about Bruce Wayne, the students could answer every single question.  When I asked similar questions about Natty Bumppo and Huck Finn, the same students were stumped and hesitant, though they had certainly read and studied Cooper and Twain, often in great detail.  Simply put, this reveals how much of an American icon Wayne/Batman has become.  Though I asked these questions of students at a prestigious American liberal arts college, I am certain that I would find similar answers and a similar knowledge base among a group of shoppers at Wal-Mart or among hipsters at the local coffee shop or among parishioners at the local Catholic Church.

I hold the Russell Amos Kirk Chair in American Studies and am Professor of History at Hillsdale College, Michigan.  I proudly serve on the boards of the Free Enterprise Institute and The Center for Cultural Renewal.  I am also happily a “Fellow” and/or “Scholar” with the Reagan Library, the Foundation for Economic Education, the Intercollegiate Studies Institute, The McConnell Center for Public Policy, the Russell Kirk Center for Cultural Renewal, and the Center for Economic Personalism (Brazil).  In 2010, I co-founded The Imaginative Conservative website, and, in 2012, I co founded Progarchy.com, I also write for Ignatius Insight, Catholic World Report, and The American Conservative.  In 1990, I earned my B.A. from the University of Notre Dame, and, in 1998, I earned my Ph.D. from Indiana University.  For the 2014-2015 school year, I had the wonderful honor of being the “Scholar in Residence” and “Visiting Scholar in Conservative Thought and Policy,” University of Colorado-Boulder.

My books have all sold very well and have been critically acclaimed:

My maternal grandparents—whom I loved dearly—bought me my first comic book sometime in 1971 in a “Five and Dime” store in Hays, Kansas.  I was three.  I’ve loved Batman ever since and have followed him as faithfully as money and circumstances would allow for well over four decades.  A lover of fiction and history, I have never shied away from any form of popular culture.  Batman has struck me for a very long time as the quintessential American character.  As a professional biographer, I am most interested in the very essence of a person.  Bruce Wayne widens the imagination and lets us explore realms and depths largely impossible elsewhere in the American mythos.

[1] Mark Voger, The Dark Age: Grim, Great, and Gimmicky Post-Modern Comics (Raleigh, NC: Twomorrows, 2006).  Not surprisingly, fans dispute the “ages” of comics, and, while a number of fine schemes have been put forward, the Gold, Silver, Bronze, and Dark Ages have become the most acceptable established canon.  Paul Levitz’s massive series based on the eras in DC Comics history has served to solidify this timing/scheme.

3 Comments on “Calling All Literary Agents: A Book on Batman!”