Anthem of the Heart: Why Neil Peart, Part II

[Please be warned: this is a serious essay with an advertisement at the end—so, don’t feel ripped off!–Brad] 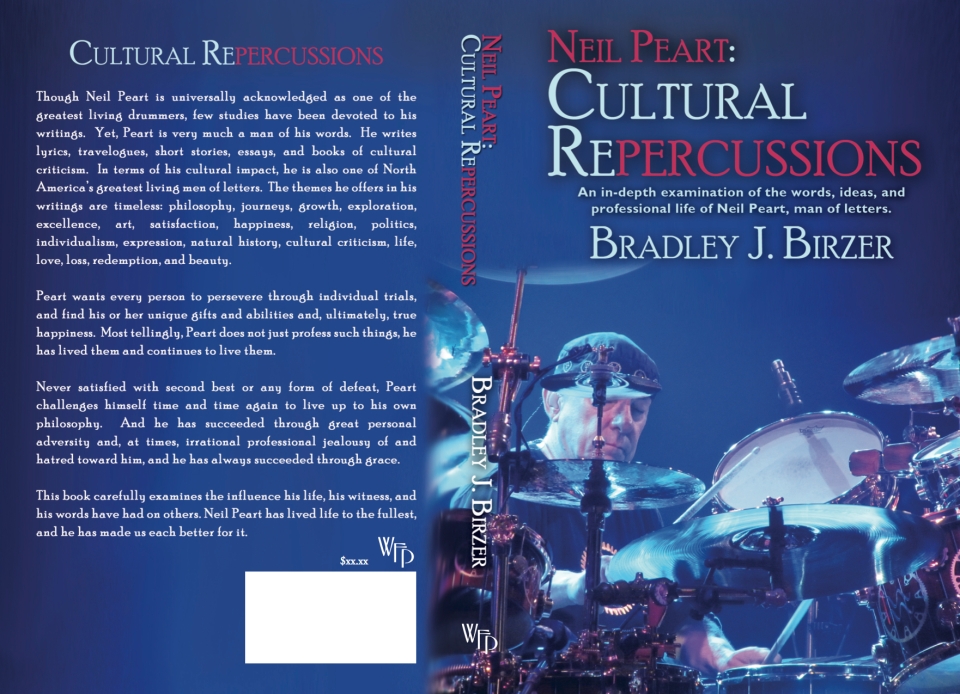 A week ago, I tried to explain—in the first of a multipart series—why I decided to write a book about Neil Peart, lyricist and drummer for Rush.  Biographies of rock musicians generally either become fanboy lovefests, People-magazine exposes, or clinical dissections.

I pray and assume I’m guiltless when it comes to the second and third reasons.  I’m sure, however, that I will rightly be accused of the first.

The youngest of three boys, growing up in central and western Kansas, I happily had a mother who allowed us to listen to whatever we wanted and read whatever we wanted.  Television was never huge in our house, and I’m still rather mystified when peers of my age group quote The Brady Bunch or The Partridge Family.  If I had the choice between tv and listening to an album, the album won every time.  I don’t remember a time in my life when music wasn’t playing somewhere in the house or in the car.  And, it wasn’t just rock.  We listened to classical and jazz.  Never opera, and I despised musicals and county music.  I did come to love opera, but only in my adult years.  Almost every room, however, had some form of stereo system, album collection, and headphone.  From the age of 10 or so, I could hook up a fairly complicated stereo system, splice speaker wires, etc.

Though my brothers have long given up their love of progressive rock music, they did love it immensely in the early 1970s.  My oldest brother is 8 years older, and my older brother five years older.  From around 1971 or 1972 (I was born in 1967), I remember Jethro Tull and Yes.  Soon, it would be ELO, Kansas, and Genesis, too.  Rush, though, I’d never heard—or, at the least, if I had heard them, the band did not make an impression on me until the spring of 1981.

For some reason that I have since long forgotten, I got in trouble in the spring of 1981 while at school  Back then, when discipline was still a central part of junior high education, any one of us could get any trouble for almost anything.  No one questioned it back then.  If the teacher or an administrator decided you were in trouble, you were in trouble.  I was a very good student when it came to academics, but I could care less about rules.  In fact, I hated them.  Regardless, in the spring of 1981, I earned a detention—which meant sitting in the school library around a wooden table with the other kids who had earned detention.  That day, it was me, another kid named Brad, and Troy.  I’d know each of these guys since first grade, and I’d always been friendly with them.  We weren’t, however, close.  Troy, if I remember correctly, was wearing a Duke (Genesis) pin on his jacket.  Of course, I was immediately taken with it.  You know Genesis?  I know Genesis!  Exactly moments for a 13-year old.  It turned out that Brad and Troy knew as much as I did about prog, but they had definitely embraced harder prog, while I had always gone for more symphonic prog.

Have you heard the new Rush yet, one of them asked me?  Rush?  No, never heard of them.  Oh, Brad, you have to listen to Rush.  Moving Pictures might be the greatest album ever made.

I’d had a lawn moving business for several years at that point, and I was rather frugal with my money—except for books, Dungeons and Dragons stuff, and albums.  Of course, as soon as I left school that day, I purchased Moving Pictures.  I can still remember staring at the album, taking off the cellophane, and removing the vinyl from its sleeve.  There was something so utterly magical about dropping the needle on side one of a new album.  Drop, crackle, hiss, pop, DUN, Dun, dun, dun “A Monday warrior, mean, mean stride”!!!!!!  Where on God’s green earth had I ever heard anything so good?  At that point in my life, nothing could rival Tom Sawyer.  Then, Red Barchetta.  Oh yeah, who wouldn’t want to get into a car and drive at outrageous speeds while escaping from authority?  Even then, I was rather instinctively libertarian.  YYZ reminded me of a lot of jazz my brothers had played me, and I thought every drum crash was the drummer (a guy named Neil Peart, I soon discovered) throwing glass bottles at a wall.  Limelight seemed great.  Camera Eye was utterly mysterious, especially for someone who had only known the big cities of Denver, Wichita, Dallas, and Kansas City.  Witchhunt seemed appropriate, and I thought of the hypocrites I’d known who often acted without outrageous righteousness.  Vital Signs seemed the perfect ending, catchy and a bit weird with words I’d never heard before, such as “evelate.”

And, the pictures of the three guys who made up the band?  They looked so cool.  They didn’t look hippiesh and all wizardy like the Yes guys on Yessongs.  No, these three guys looked like they could’ve grown up around the corner from me.

So, there you have it.  Neil Peart has been my hero since detention at Liberty Junior High School, Hutchinson, Kansas.  He taught me not to be him, but to be myself.  Thank you, Brad and Troy.  Thank you long forgotten teacher who thought I was a trouble maker.  You were probably right.  Little did you know, however, that you were the catalyst that lead me to Rush and to Neil Peart.  And, here I am, thirty-four years later, and I’ve just written a book on the guy. 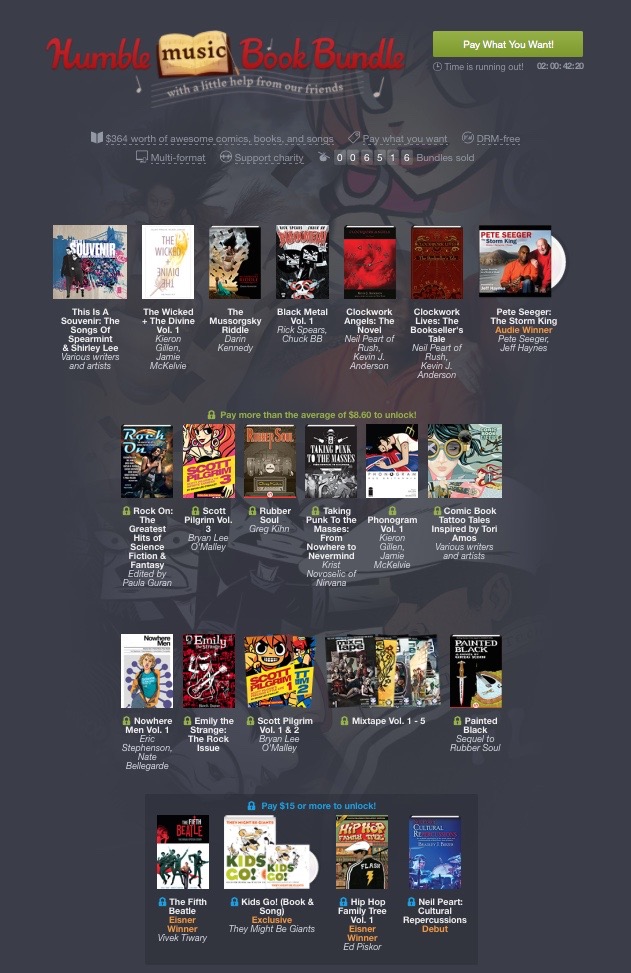 [And, here’s the advertisement:]

For another 48-hours, however, you can order it as a part of the Humble Bundle Music Book Bundle.  For $15, you can get an advanced review copy of NEIL PEART: CULTURAL (RE)PERCUSSIONS as well as a number of other fantastic books, including CLOCKWORK ANGELS: THE NOVEL.  And, you even get a preview of the sequel, CLOCKWORK LIVES.  It’s well worth it, especially for just $15.