Is there an American Ideology? 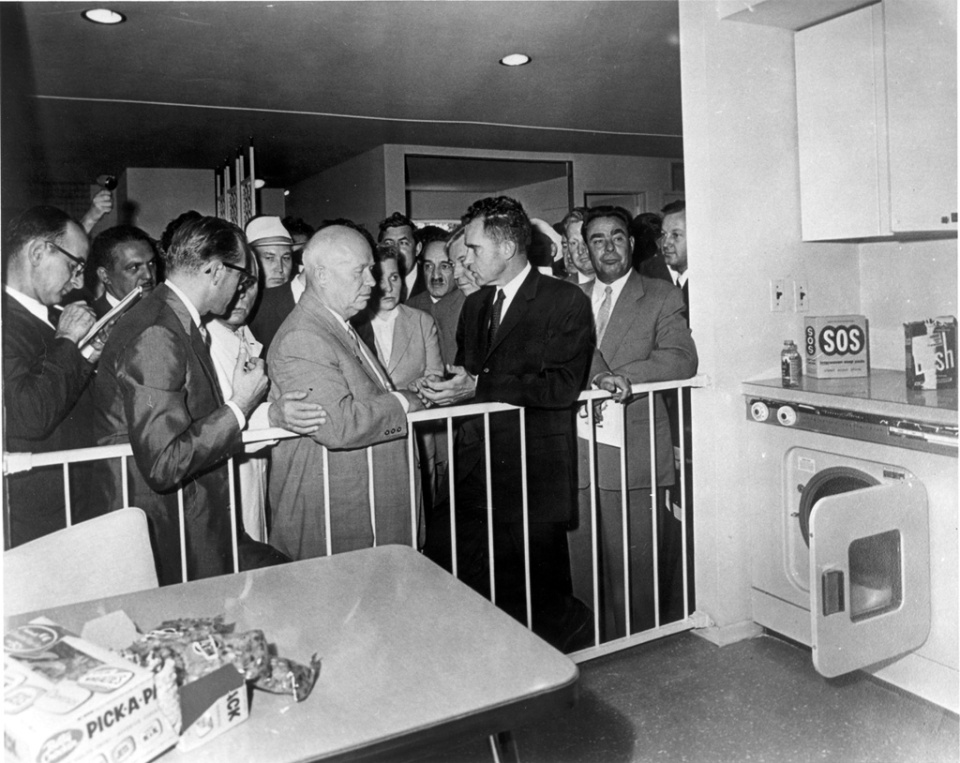 Though by no means as severe, Americans have, from time to time, also attempted to wield their own pseudo-ideology in the post-World War II era.

This ideology was best exemplified by then Vice President Richard Nixon in the spontaneous 1959 Kitchen Debates.  Such an Americanism, according to Nixon, was industrial capitalism, and the best American was one who both produced and consumed.  Rather than for the development of character or the pursuit of virtue, the freedom Americans experienced allowed for choice in consumer products.  “We have many different manufacturers and many different kinds of washing machines so that the housewives have a choice,” Nixon told Soviet Premier Nikita Kruschev.

The war of ideologies throughout the 20th-century world resulted not only in mass death and in the mechanization of the human person.

The free world, far from immune, adopted many variations and forms of ideologies, all of which resulted in a confusion regarding right reason, first principles, virtue, and character.

← Russell Kirk Against The Ideologues
Mark Twain vs. The Machine →