The Garden Redeemed: A Quiet Saturday 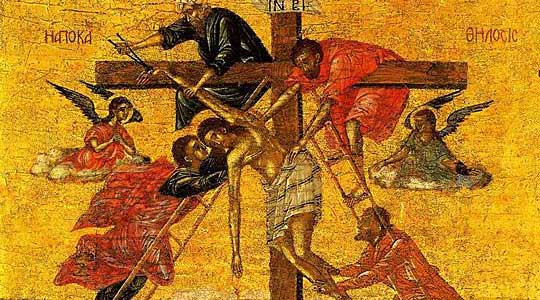 Joseph of Arimathaea came and took the body away. He was joined by Nicodemus, who brought with him a mixture of myrrh and aloes. They took the body of Jesus and wrapped it, with the spices, in strips of linen cloth according to Jewish burial customs.
And at the place where he had been crucified there was a garden, and in the garden a tomb.
Before evening and the beginning of the Sabbath, they laid His body in the tomb.
There, in a garden. . . a garden once fallen, now redeemed and sanctified.
Having completed his holy duty to the Savior, Joseph took the cup of the Last Supper, carrying it secretly to the Blessed Isles in the northern most part of the empire.  There, at a hill of glass, he buried it, a chalice to be pursued one day by a Celtic warrior named Arthur who would be armed with a sword given to him by The Lady of the Lake.
Bestowing her favor upon the young king, the Lady also offered the Celt a true symbol of grace, the chalice of life.  Whoever honored it would bring about a second spring.  The unbought grace of life and the destruction of all that was tenebrous.